When 13 Generals from the US National Guard retired from their top positions, NS Virtual Services was honored to be selected to create their commemorative farewell. During a ceremony in February 2015, each of the retiring generals were presented with signed plaques thanking them for their years of service to the their respective States, Territories and District, as well as their participation in the Adjutant Generals Association of the United States.

NS Virtual Services’ team member, Andrea, created the base image with the retiring adjutant general, along with a special message and National Guard logos. The image was then placed in a matte style frame after being signed by the retiring generals’ peers.

“These men and women have supported their country for many years and we were excited to be able to create a small token of appreciation for their service,” said NS Virtual Services owner Natalie Szabo.

Lt. Col. Kirk Hilbrecht, communications director for the Kentucky National Guard, spearheaded the project to thank the generals. “I needed this project to be done and be done right. That’s why I engaged Natalie and NS Virtual Services,” said Hilbrecht. “The gifts were very well received. They were PERFECT!”

The Adjutants General Association of the United States is made up of the fifty-four Adjutants General of the sovereign States, Territories and the District of Columbia. Each Adjutant General is the senior military official in his or her state, territory, or district, and the modern embodiment of the concepts of the citizen-soldier, civilian oversight of the military, and protector of the checks and balances between the state and federal military functions that are rooted in the Constitution of the United States. 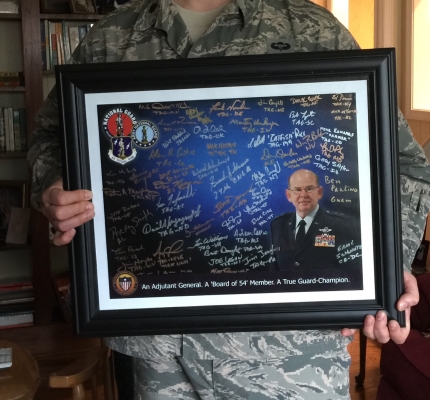 For more information on how we can help you and your business, please contact us today!

Take a vacation and truly relax knowing your Virtual Assistant is taking care of your business while you're away. #hireaVA #vacation ... See MoreSee Less
View on Facebook
· Share

Dare to live the life you have dreamed for yourself. Go forward and make your dreams come true. - Ralph Waldo Emerson ... See MoreSee Less
View on Facebook
· Share